William Toel has a unique union of military, international business, banking and academic experience in consistently outstanding organizations. He is recognized as a man of mature international perspective. In 2000 he was runner-up for the United States Senate in Arizona.

Mr. Toel has held president and chief executive officer appointments and served as a board member at various banking organizations.

In the international business realm, he served nearly 10 years with a major and highly respected firm with operations in 45 countries, CPC International. He also served as the youngest president of what was then the nation’s second largest cash-grain exchange, the Peoria Board of Trade, successfully leading a diverse council represented by major international firms. He has assisted numerous corporations as a consultant.

In the military, William Toel was one of the youngest captain and company commanders serving in the Army in the Far East during the Vietnam conflict.

Mr. Toel has conducted surveying and extensive interviews as part of his research into the German social, economic and political model: He is listed as an expert in this area. He was invited to attend the Harvard conference on the “Angst of German Leadership” in February, 2012 (see post-conference article) and was a guest lecturer in 2014 at Freie University in Berlin, Germany. He has given numerous interviews to include television commentary with CBS and the Axel Springer organization in Berlin. Mr. Toel is acknowledged for his penetrating insight into the German mentality. 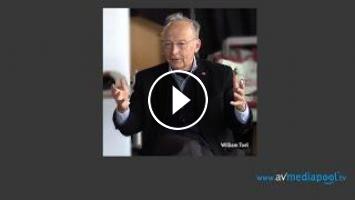